CELEBRATE  THE RETURN OF FREDERICK’S “In the Street” festival with the Maryland Lottery! During its 30 years of existence, the In the Street festival has seen crowds grow from 10,000 in 1983 to over 75,000 last year. Music dominates the activities, with 19 bands performing on four stages. Catch the music of groups such as “The Earth, […] 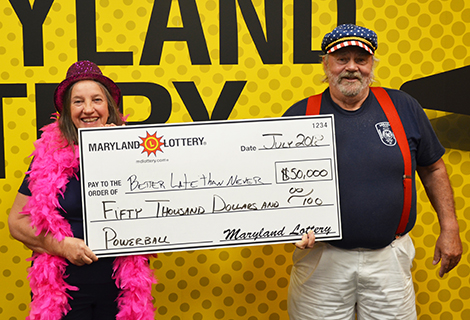 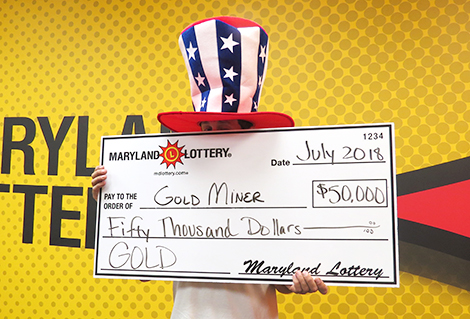 Big win will lead to purchase of new family vehicle 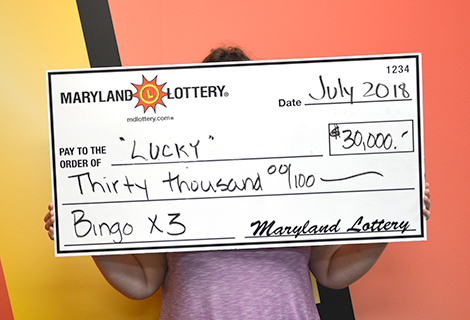 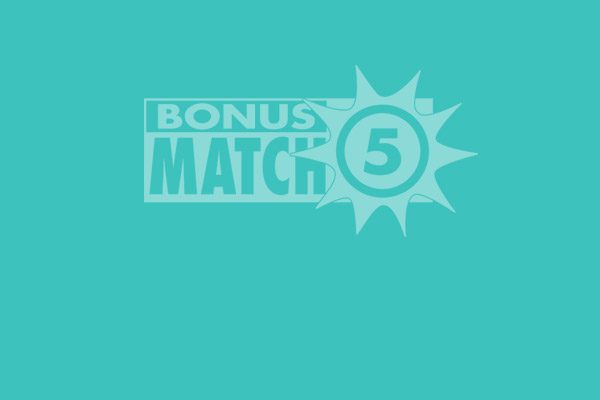 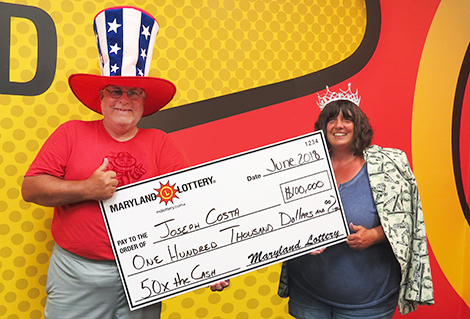 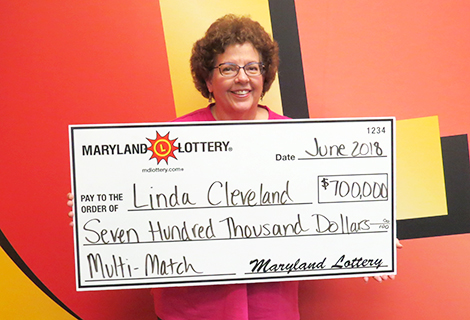 Third jackpot hit for Multi-Match in 2018 Happy days are here for a lucky Multi-Match player! Check your tickets because someone bought a $700,000 jackpot-winning ticket in Frederick for the Thursday, June 7 drawing. The winner, who is the third player to hit a Multi-Match jackpot in 2018, can choose between the estimated $700,000 annuity […]

Husband claims first top prize on new $30 game A Western Maryland couple will never forget Memorial Day 2018 because that’s the day they became multimillionaires! The lucky husband, who was running an errand for his wife at a Frederick County grocery store, found the first $2 million top prize on the Maryland Lottery’s $2,000,000 […]

Ronald Dyer of Frederick smiled from ear-to-ear while claiming his $172,185 Racetrax prize. Superfecta ticket delivers fourth-largest payout in Maryland Racetrax history Ronald Dyer’s shouting may have alarmed some neighbors last Friday, but there was plenty of reason for him to be celebrating. When Ronald scanned his Racetrax ticket that day with the Maryland Lottery […]

Washington County woman buying farm tractor with $40,000 prize Many years ago, a faithful Western Maryland Mega Millions player had a dream that she won the Lottery playing a set of specific numbers. The loyal fan didn’t question the dream but simply started playing those numbers. On Friday, Feb. 23, she won $40,000! The 60-year-old […]

Frederick-sold ticket is first claim in a trio of expiring prizes A professional writer with a knack for working on deadline just beat a BIG deadline – the claiming period for a $50,000 winning Powerball ticket she purchased while the jackpot was riding high in August. The York, Pa. resident discovered the prize-winning ticket late […]

Trio of tickets sold during August Powerball roll Time is running out for three Powerball players to claim their $50,000 prizes from drawings on Aug. 5, Aug. 12 and Aug. 19 of last year. Players have 182 days from the day of the drawing to claim their prizes. Winning ticket information is as follows: 5 […]